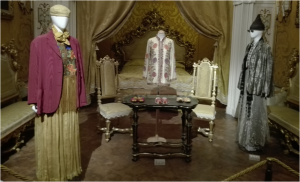 Along each room of the building, from the main hall to private rooms, from the living room to the library until the kitchen, you can walk along and see centuries of fashion described by designers from all over the world.

An afernoon rich in fashion and style!